What Comes First, the Nitro or the IV?

In comments to my last EMS Newbie post, reader 40Lizard commented on the discussion Ron Davis and I had on this episode of Confessions of an EMS Newbie:

Funny you should mention starting an IV before giving NTG- we’ve been having that discussion in class this week- and the general consensus is that unless we are SuperMedic and can have divine intuition on how the pt is going to react to the NTG- we’d better have a line in place before giving it! 🙂

Allow me to tell you a little tale about a patient I had some years back. We were called to the local nursing home for a patient with respiratory distress. We get there, and find a lady who weighs about three hundred pounds, parked on a chair in front of the air conditioner, oxygen mask strapped to her face at – unusual for a nursing home – an appropriate flow rate of 8 liters per minute.

Now, the lady has really exaggerated air hunger, and from across the room she sounded like a washing machine with the top left open. She’s diaphoretic as hell, and I don’t know who had the more desperate look on her face; the patient, or the LPN attending her.

Now, for you experienced medics out there, this presentation is probably just screaming “CHF! CHF!” in big red, flashing letters, and you’d be right. That’s exactly what was wrong.

She had decided to celebrate her recent discharge from the hospital (for CHF exacerbation, oddly enough), by treating herself to a pound of salted pistachios.

Obviously, this did not prove to be a good idea.

Her heart rate was 140, blood pressure 240/120, and respirations of 40, all with an oxygen saturation of 78% on 8 LPM oxygen. She was obviously tiring, and had that, “I’m about to pass out and you’re going to be picking my large butt off the floor” look about her, so the first thing I did was get her on our cot.

My partner, being the quick-thinking type, was already setting me up an albuterol nebulizer. Unfortunately, she was quickly thing the wrong things, but she can’t really be faulted for doing what she was taught. Lots of EMTs (and nurses and ER docs, I might add) think that albuterol cures all respiratory ailments.

I shook my head and ordered, “Nitro.”

She gave me a quizzical look, but gave me the spray bottle of Nitro anyway. The nurse gave me a nervous look and said, “Um, she hasn’t complained of chest pain…”

I ignored them both, lifted the lady’s face mask and told her to lift her tongue… and promptly delivered a triple squirt of sublingual nitroglycerin spray.

Both the LPN and my partner nearly fainted dead away. But they recovered, and managed to help me load the patient in the rig. I repeated that triple dose of Nitro three more times on the way to the ED. After the last dose, I noticed was getting close to our destination, and decided an IV might be in order, you know, to keep the nurses happy. So I managed to get a 22 gauge in her hand (and it pains me to admit I stuck something that small), and I was still taping it down when my partner opened the rear doors of the rig.

Inside, the receiving ER doc turned out to be none other than our service medical director, a man with whom I’ve taught many an ACLS class. We’ve got that whole absolute trust thing going on, but it really wouldn’t have mattered if it had been another doctor.

So I give him the basic rundown, “CHFer, just got out of the hospital today, celebrated by eating a big salty bag of pistachios. Looks like flash pulmonary edema. Initial BP was 240/120 and sat was 78% on 8 liters, but I’ve been hitting her with the Nitro all the way in, and her BP is down to 160/90, and her sats are 100% now. Breathing a lot easier, too.”

“Any Lasix?” he wanted to know.

“Nope,” I shook my head, “didn’t figure it was a priority, and I just got my line as we pulled up anyway.”

And that’s when I hesitated.

He cocked an eyebrow at me quizzically, put on his Medical Director Face, and said, “How about you tell me both.”

So I swallowed hard, and admitted, “I gave her four rounds of Nitro… 1.2 mg at a time.”

He kept that same quizzical expression on his face and said, “You know that’s not in the protocol. And you felt comfortable triple-dosing her with Nitro, without an IV?”

Oh well, if I go down, might as well go down swinging.

“Very comfortable,” I affirmed. “She didn’t need Lasix or fluids, she needed vasodilation. And if a certain medical director I know would push the company to adopt a CPAP protocol, she’d have had that, too.”

He laughed and said, “Well, she’ll have BiPAP as soon as respiratory gets down here, and if that medical director had any pull with the corporate bean counters, a certain ‘I’d rather beg for forgiveness than ask for permission’ medic I know would have had it to play with. Now get your ass back to work.”

The previous anecdote was merely intended to demonstrate that, indeed, lots of Nitro can be safely administered without an IV, and you need not be Supermedic to know when it can be done. All you need do is assess your patient.

I know of medics who devoutly believe that an EMT-B should never assist a patient in taking prescribed nitroglycerin tablets. I don’t know if it’s just protecting medic turf or some baseless superstition about precipitously dropping BP with one or two doses of Nitro, but it’s probably a little of both. And it’s just as wrong as the notion that EMS personnel should never administer more than three doses of Nitro before consulting with medical control.

First of all, the three dose limit on Nitro is something that cardiologists instruct their patients. It doesn’t apply to us. It is simply a trigger for calling 911, in the event that the patient’s chest pain turns out to be more than stable angina.

The end point of Nitro dosing for EMS personnel should be relief of symptoms, or a systolic BP approaching 90 systolic. Period. That applies whether you’re an EMT-B assisting a patient with their Nitro, or a medic administering it yourself. And honestly, if you’re a medic, you probably still need to be giving it to your MI patients, even if you’ve achieved adequate pain relief with opiates. I know the Mayo Clinic studies suggest that Nitro mainly makes us feel better, not the patient, but they are not yet the standard of care.

Secondly, cardiologists apparently believe it is safe to prescribe to their patients who presumably will not have an IV when they take it. Heck, it’s rare enough that they even know their blood pressure before that pop that little white pill under their tongue.

The only time you need be concerned with obtaining an IV before you give Nitro is when the BP is low or borderline, or the patient is suffering from a right ventricular infarction.

A 12-lead EKG takes about 30 seconds to obtain. If it indicates an inferior wall infarction, do a 15-lead EKG (or a second 12-lead with lead V4R). That’s another 30 seconds to determine if your patient is having an RVI or not. If that happens to be the case, you might need to start an IV before you administer Nitro.

I emphasize the word might, because RVI is not an absolute guarantee of preload dependency. If the patient is truly preload dependent, and thus prone to a precipitous drop in BP from relatively small doses of vasodilators like Nitro, there will generally be other clinical signs that point to that fact.

Normally, when you see significant jugular venous distension in a heart patient, you’d expect to hear wet lungs to some degree. Also, JVD usually decreases with the negative intrathoracic pressure of inspiration.

The jugular venous distension in Kussmaul’s Sign does just the opposite: it worsens (or stays the same) with inspiration, and it’s usually present with dry lungs. This is a hallmark sign of impaired reight ventricular filling, and a big clue that vasodilation with Nitro may result in you having your patient flat on his back with his legs in the air, cursing the fact that you didn’t get an IV while they still had a blood pressure.

But it doesn’t take Supermedic to figure that out, it just takes assessing your patient. And it ain’t really all that common anyway.

2010-10-15
ambulancedriverfiles
Previous: The Speech I Wish I Had Gotten On My First Night of EMT Class…
Next: An Observation 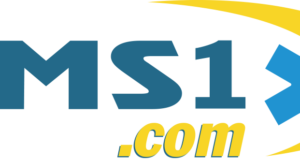