One of the cool new guns that caught my interest at the last NRA Annual Meeting (can you tell I’m a bit behind on posting my reviews?) was the Savage B Mag chambered in the Winchester .17 WSM cartridge. Being something of a varminter (you’re talking to a guy who has killed feral hogs with .22 LR and .17 HMR), I was intrigued by the capabilities of the .17 WSM.

While most people thought we had wrung all of the potential out of a resized .22 WMR case, the folks at Winchester went in a new direction. The .17 WSM is based on a necked-down .27 rimfire nail gun blank. The thicker case walls of the .27 cartridge allow for significantly higher chamber pressures than previously capable in a rimfire cartridge, and drive the .17 WSM at velocities of up to 3000 fps. This is a legitimate 300-yard rimfire rifle, folks.

My fervent hope was to get my T&E rifle in time for Blogorado to test it out on the prairie dog population in Secret Location, CO, but alas, my unit arrived in the mail three days after I left. Hunting feral hogs this winter proved fruitless, so thus far the only game I’ve taken with the B Mag has been one lonely fox squirrel (head shot, top of a gum tree, 90 yards).

After sighting in, I managed to shoot it over a few days at the range in late November, enough to realize that the gun is capable of greater accuracy than I can wring out of it. Don’t get me wrong, I’m a decent rifleman, but I bring a wingshooter’s perspective to it. Give me an offhand shot at a target within the gun’s envelope, and I can judge range and deflection very quickly, and generally get a hit. But sitting at a bench shooting very small groups is not my forte.

The first challenge I found in sighting in my B Mag was that there was very little published ballistic data on the web back in November, but thanks to Chuck Hawks, I was able to get pretty close.

According to Chuck Hawks’ data, after initial sighting-in and accuracy testing, I zeroed the B Mag 1.5 inches high at 100 yards, to give me a maximum point-blank range of 207 yards. For those of you unfamiliar with MPBR, that means I can hold dead-on a target out to 207 yards, and be within 1.5 inches of point-of-aim. Compare the .17 WSM’s MPBR of 207 yards, the round packs 190 foot pounds of energy compared to the .17 HMR’s 90 foot pounds at 165, and you can see how well the .17 WSM outperforms the .17 HMR.

With that zero, the round drops just over 12 inches at 300 yards. Roughly, hold one prairie dog high at 300, and you’ll get a hit.

The B Mag utilizes an 8 round rotary magazine similar to that of the Ruger 10-.22. This alone is a huge improvement over the other magazines in the Savage 17 series. I’ve got a Savage 93R17 in .17 HMR, and while I love the rifle, I have never been able to get the magazines to feed reliably. They have a nasty habit of not elevated the rounds high enough to be picked up by the bolt. The rotary magazine in the B Mag, however, feeds reliably, and boasts an additional 3 rounds capacity of a larger cartridge.

Feeding and extraction was sure and reliable, with no issues in the 200 rounds I fired. Accuracy testing was performed on sandbags at 100 yards, with a 5-10 knot wind, ranging from full value to 3/4 value, left-to-right. In my attempts to give the B Mag as good an accuracy test as I could, I also tried the B Mag on a Coldwell Lead Sled, and the groups opened up considerably. Maybe I’m doing something wrong, but my groups are always tighter off sandbags than the lead sled, and the zero tends to change as well.

Lead Sled? Not so accurate for me.

Range protocol was 3-shot groups off a sandbag rest at 100 yards. Given the lightweight sporter barrel, I gave the barrel 5 minutes to cool between shots. Called fliers were not counted. Average group size for the 20-grain Winchester HV was 0.96 inches, with the smallest group at .64 inches, and the largest way out at 2.7 inches.

I’m pretty sure you can blame that largest group on the loose nut behind the trigger.

Still, put this rifle in the hands of a more talented shooter, and I have little doubt more accuracy can be wrung out of it. My glass was a inexpensive 3×9 Tasco, and my first order of business this summer will be to buy a Leupold Vari X with the .17 WSM Custom Dial System.

Overall, I was very pleased with the Savage B Mag. Fit, finish, accuracy and reliability were everything you’d want from mid-price rimfire sporter. Once I get it topped with some quality glass, I can’t wait to bust some coyotes and prairie dogs with it this summer. Hopefully before then, I can kill a few feral hogs with it as well. If I do, I’ll post some updates.

This rifle will be finding a home in my gun safe, and I’ll be sending Savage a check for it. Many thanks to Bill Dermody at Savage for the opportunity to T&E this rifle, and the folks at Winchester for supplying the ammo. 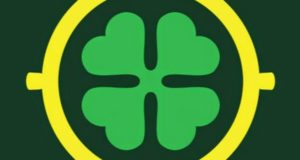