Stingray from Atomic Nerds, 3rd place winner (missing 2nd place by only three bucks) of the 2012 Kilted to Kick Cancer Fundraising Challenge, has graciously offered a case of his Emergency Medical Bock to our fundraising prize packages for 2014.

I’ve tasted this stuff, folks. Nectar. Of. The. Gods.

From his stouts, porters, reds, ambers and IPAs to the aptly named Bear Fucker (well over 10% ABV), Nerd Beer never fails to disappoint. When I mentioned to Stingray that I’m more of a fan of lagers and bocks myself, he brewed me a batch he christened Emergency Medical Bock.

And – Poof! – just like that, I had a new favorite beer. This stuff is awesome.

And one lucky fund raiser is going to get a case of it in October.

Stingray is too busy with other commitments to participate as a fundraiser this year, but that didn’t stop him from issuing a challenge to his (our) readers: not only will he participate in the #DunkYourJunk challenge to raise funds for Team Ambulance Driver, but he’ll salt his ice water to get it even colder, and stay in it longer than I do.

So, what’s it worth to ya to see two bloggers risk hypothermia in a thrilling game of one-upmanship?

Keep in mind now that this is the guy who waxed his junk for KTKC in 2012, and offered to live video-blog his prostate exam, and I waxed my entire body below the eyebrows to top him.

So here’s the idea: we’re both in for Dunk Your Junk. Stingray has vowed to top whatever I do, so he’ll do Dunk Your Junk and film it.

But if you get my fundraising total to $1,000, or the total for the entire Fundraising Challenge to $15,000,  Stingray and I will do a greased pig race.

We’ll film it and post it here on my blog, and the loser donates another $100 to the cause.

Picture something like that, set to the tune of Yakety Sax, only instead of someone sexy like Kari Byron, it’ll be… well, me and Stingray, wearing kilts.

Frankly, I’m not sure whether to post the video as an incentive, or a threat. 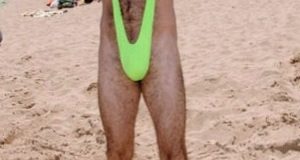 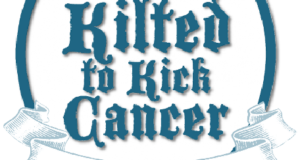