On Diversity, Inclusiveness, and the Second Amendment

Before I set out for the NRA Annual Meeting, I had a long, serious discussion with my girlfriend over the trip. She knows this is the way I recharge my creative batteries, and I don’t get the opportunity to shoot near as often as I’d like, but she has serious misgivings – I should say misconceptions – about the NRA.

“Before you go,” she pleaded, “Just keep an open mind. I don’t have a problem with you owning any gun you want. I’d trust any of your friends just the same. But there are people who shouldn’t own guns, but the NRA doesn’t care. I don’t think the NRA truly represents the average gun owner any more. They’re an extremist organization, and they’ve sold their soul.”

It was a lot to unpack.

I suppose I could have argued the point. Like I said, she suffers from a great many misconceptions – not about my motivations and beliefs, but about the organization I support – but any attempt to do so would only devolve into me rolling my eyes repeatedly and mansplaining, which is the perfect recipe for marital discord.

I could explain that when the media, and the politicians sneer condescendingly and say, “No one is coming for your guns,” that what they really mean is, “We got our asses spanked last time we openly said that, so now we’re adopting a more moderate tone and using code words like ‘common sense gun laws’, but our motivations haven’t changed a bit.”

I could back that assertion up with direct quotes aplenty, but it won’t change her mind. She might even concede the point – “Okay, so those politicians are lying liars who lie, but the rest of the country simply wants common sense gun laws.”

Except that, those lying liars who lie are the ones who will take the lead in enacting those “common sense gun laws.” And there won’t me much that is sensible about them.

“But there has no be some room for compromise! Somebody has to bend, and the NRA refuses to! Surely you can’t subscribe to their stance that that there should be zero restrictions on firearms ownership!”

First of all, that’s not their stance. We already have “reasonable restrictions on gun ownership.” And no, I don’t believe that everybody should own a firearm. I’ve met plenty who shouldn’t be trusted with sharp instruments, much less guns. So have you, and so have 99% of gun owners and Second Amendment advocates.

But the point is, who gets to decide who is qualified or not? The central issue for most gun owners and rights advocates is not that there shouldn’t be reasonable restrictions or minimum qualifications, it’s that they deeply distrust the people who get to decide what “reasonable” or “qualified” means.

And for good reason. I’ve got folders full of quotes and soundbytes from those people that amply demonstrate a) their utter ignorance of the subject they’re trying to regulate, and b) that their definitions of “reasonable” are anything but.

So is it any wonder that the NRA takes a hard line stance on the issue? When, historically, every time we’ve been “reasonable” on the issue, we’ve conceded rights and gotten nothing in return? When the other side’s definition of “compromise” means “You give us everything we want, or we paint you as bloodthirsty zealots who care more about guns than children’s lives?”

I’m willing to compromise on the issue. Most other gun owners are. But the essence of compromise is that both sides give something up, and get something in return. For me, I’d be perfectly willing to run every firearms purchase through an FFL – no more private sales – provided the legislation didn’t do stupid things like make it illegal for a friend to allow you to shoot his gun at the range, like some state’s laws do, and if…

… we got nationwide concealed carry reciprocity in return, and suppressors were removed from the Class III list.

There’s something to dislike in that for both sides, which is the definition of a good compromise.

There’s a lot of things about the NRA I don’t care for. They cater too much to religious right politicians for my tastes. The rhetoric of some of their board members makes me roll my eyes so hard I can see my occipital lobe – looking at you, Uncle Ted – but the NRA is more than its public face.

My friend Gay Cynic was a proud NRA member, and founder of several Pink Pistols chapters.  I ran into Erin Palette in the Press Room. Erin’s transgender, and the founder of Operation Blazing Sword, whose members volunteer their time and expertise to teach the LGBTQ community the art of armed self-defense. In line were other friends whose political and religious beliefs run from atheist to devout Catholic to libertarian to social liberal to conservative Christian.

Those people are the NRA, too.

They care about the lives of their children, and they decry the bitterness and divisiveness that has crept into our societal discourse. And they’re tired of being demonized and ridiculed simply because they believe that more gun laws are not going to solve those problems. I don’t agree with all of the NRA’s tactics and rhetoric. Some of the politicians they support have views that are repugnant to me. But I still support their core mission, which is to preserve our right to keep and bear arms.

And that’s why they’ll continue to get my money and my support. 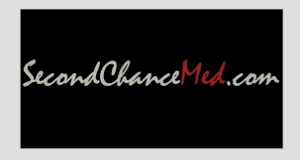